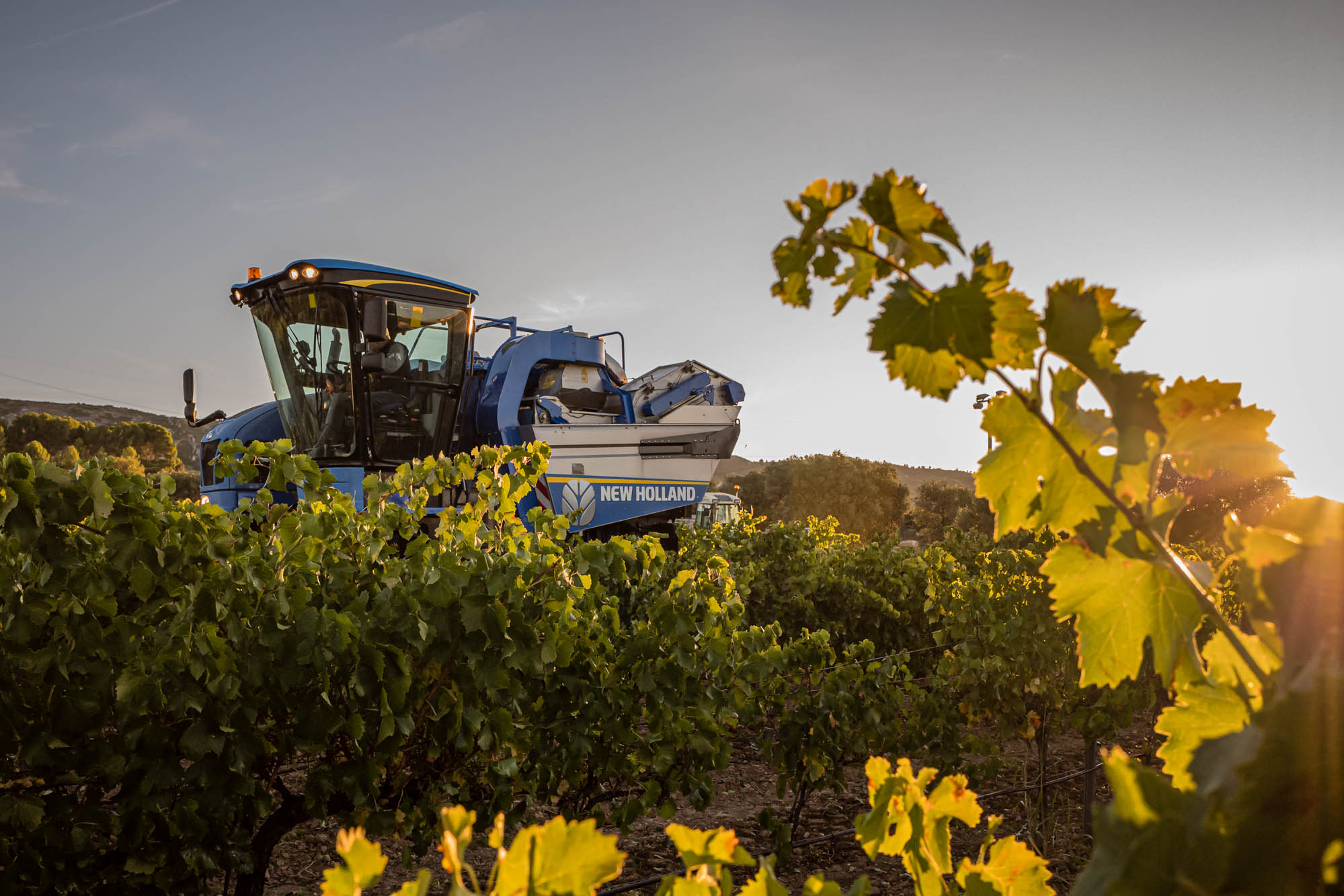 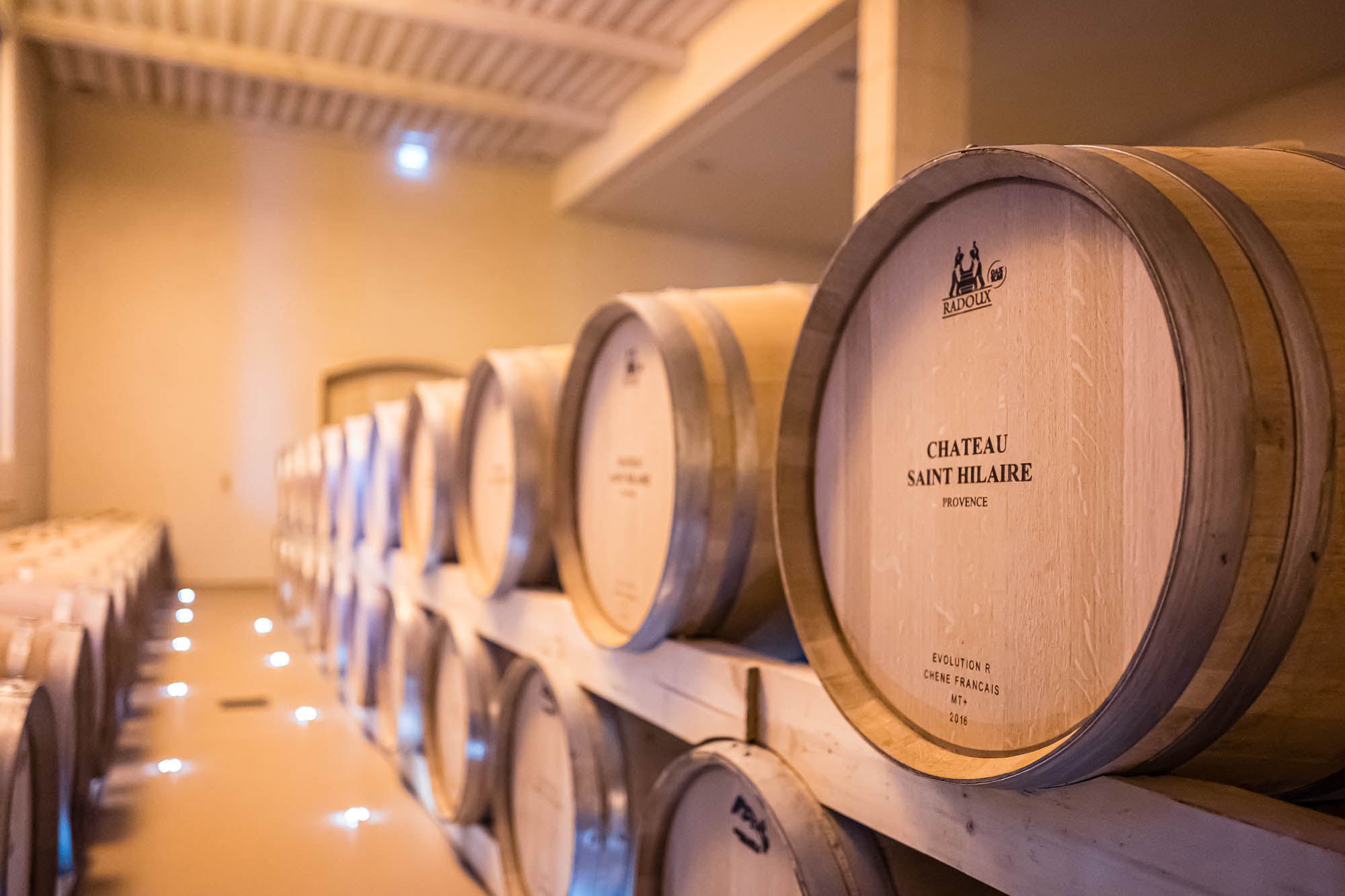 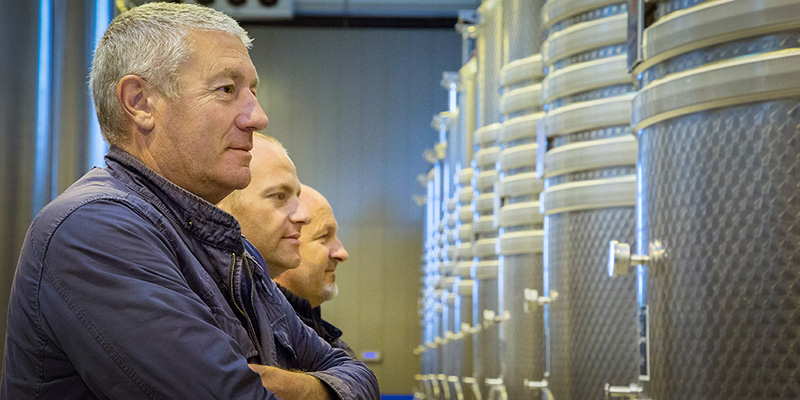 IN THE HEART OF MYTHICAL PROVENCE

The family LAPIERRE lived and cultivated vines since the end of the XVIII century on the communal lands of Coudoux .
In 1935, Jean LAPIERRE, officer of the French Navy, decided to devote himself entirely to the soil, which was mostly cultivated with olive trees.

In 1952, Max LAPIERRE succeeded his father and started the transformation of the agriculture property into winegrowing and transmitted all his “know-how” and his passion for this work to his son, Yves LAPIERRE.

In 1973, Yves LAPIERRE founded Domaine Saint Hilaire and became the owner of the estate. He focused all his attention on winemaking with the aim of producing a “Grand vin”, a wine of which its richness is drawn from the originality of the soil. This determined aim guided all his decisions, beginning from winegrowing, harvesting and “last but not least” to winemaking.

In 2011, Yves LAPIERRE, together with his two sons Nicolas and Bruno, undertook the construction of a winery, located in the heart of the vineyard, named Château Saint Hilaire.

The last works of the construction finished in 2016.

On the stony hillsides of the Coudoux chain of hills

The vineyards Château Saint Hilaire are located on the stony hill sides of Coudoux, midway between the mountain SAINTE VICTOIRE and the ALPILLES massif.

60 hectares of the estate are under vine . Our vineyards all have a southerly aspect, thus benefitting from the exceptional level of sunlight and from the Mediterranean climate of this area. The famous Mistral wind, blowing from the Alps and funneling through the Rhône valley, contributes to ideal soil and micro-climate conditions of our vineyards, bringing the grapes to sound maturity.

We are situated in the heart of the mystique Provence area and are aware of our quite privileged situation!
Appellation area – AOP Coteaux d’Aix-en-Provence
IGP Mediterranean

IN THE HEART OF THE SAINT HILAIRE VINEYARD

The inauguration of our new cellar, located in the heart of the vineyards Saint Hilaire, took place at the
end of the harvest 2012.

This new part of our wine-cellar, equipped with high technology machines, is entirely dedicated to
winemaking and succeeds the old cellar of the village, a former sheep barn.

The winemaking of our White-and Rosé wines is managed and organized by our winemaker-oenologist.
In these new buildings, winemaking benefits from an inerted and thermo-regulated environment.

Our Red wines are aged in a remarkable “barrique” cellar, under the care of our Cellar Master.
The attachment to tradition remains intact. 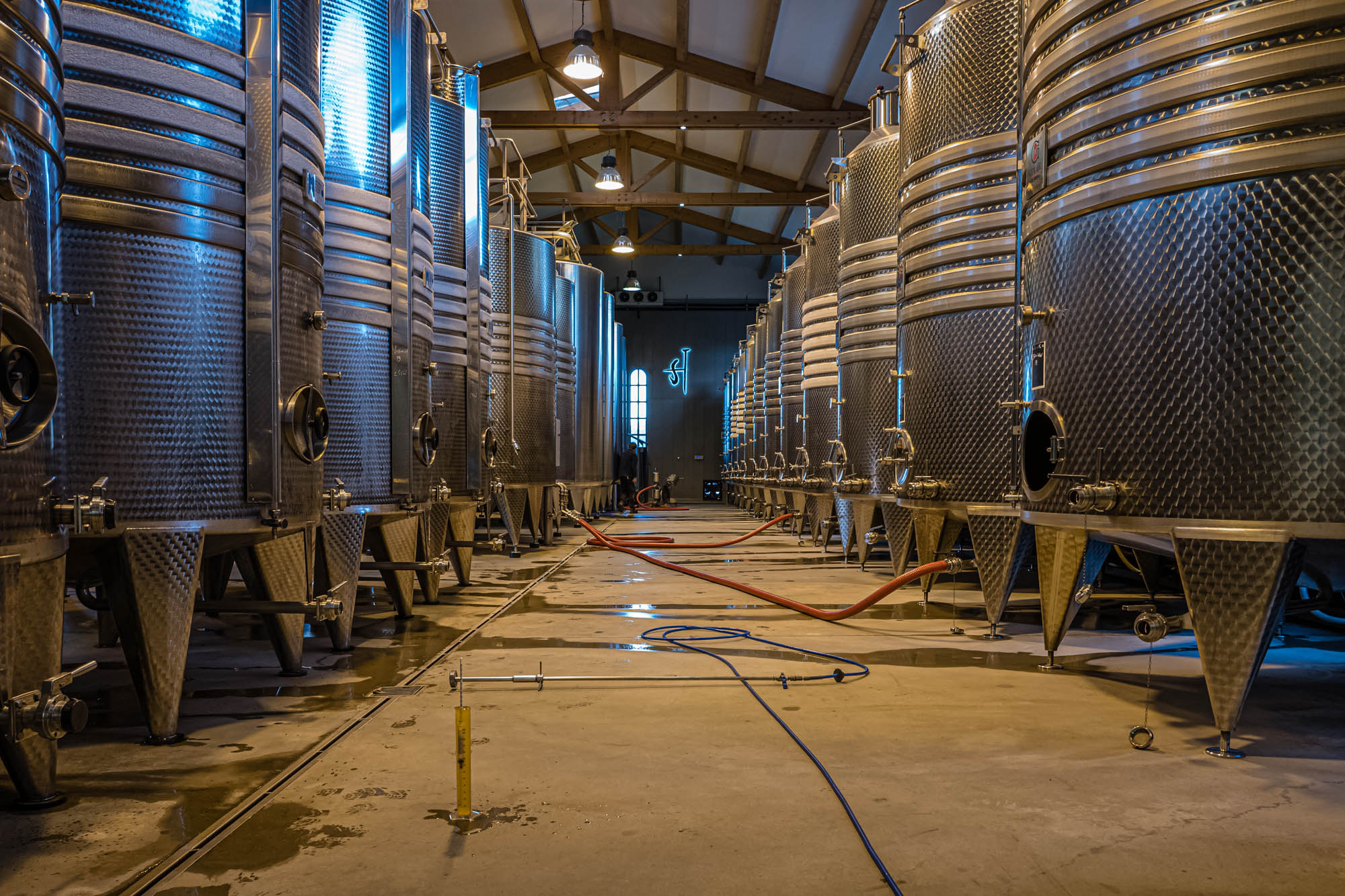 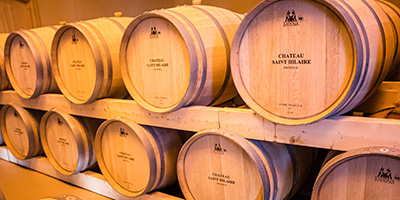 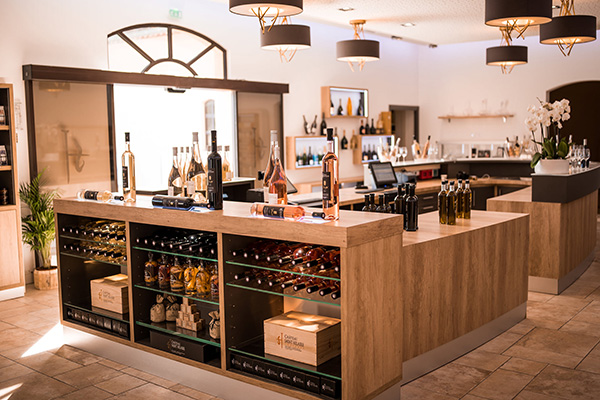 a discount of 10% will be applied on your purchases !

Harvest 2019
• 90% of the harvest is marketed in bottles
• 72 % of the sales are distributed on the French market
• in France our wines are distributed in: Southern regions – Ile de France –
Guadeloupe – Saint Martin – Saint Barthélemy